An Open Letter to Bicycle Quarterly

What follows is a brief letter from Above Category's Elite Team Captain from last year, Ian Tuttle, giving his feedback to the "review" of Dario Pegoretti's Love #3 and his own experiences of that bike. I have my opinions as well, but learned that if you don't have something good to say...

I was puzzled by Jan Heine’s review of the Pegoretti Love #3. Mr Heine clearly has many years of riding under his chamois, and I know it’s always a slippery proposition to dispute somebody’s opinion. But. There seem to be some flaws in his bike test.

First of all, Mr Heine makes a big to-do about the Pegoretti’s sketchy handling and tough road vibrations. I counted four different complaints about the Pegoretti’s “narrow tires.” So far as I know, there is no standard issue tire that comes with a Pegoretti frame. How can Mr Heine fault the Pegoretti’s handling when so many of his issues arose from the 21.5mm tubular tires he rode? There’s a reason why roubaix riders ride 25mm tires. Because they absorb vibration! Because they offer better contact on variable road surfaces! Why didn’t Mr. Heine try swapping wheels with his testing buddy, Mark Vande Kamp, and really get scientific about it?

Second, I caught quite a whiff of subjectivity in the so-called acceleration tests. Maybe Mr Heine could have made a quantified measurement of watts by borrowing a PowerTap or SRM instead of blaming the bike when he lost to Mr Vande Kamp in the sprint. “Watching powerlessly,” indeed. Mr Heine quips, “Trying to accelerate in order to drop the other rider on a hill had no effect.” I’ve experienced that too. It’s called being the weaker rider. It’s called fatigue. (There’s a proverb out there, about a poor carpenter, that comes to mind, too…).

Third, maybe I’m too new-school, and if so, forgive me. What is this about “getting a bike to plane?” I mean, I understand about boats breaking the surface tension of water, but a bicycle? Is there a magical speed at which the tires just take wing? If so, I’d like to know about it!

I’ve ridden a lot of bikes in my day. I’ve owned steel, carbon fiber, aluminum, and scandium road frames. I’ve put thousands and thousands of miles on each. The best bike I’ve ever had the pleasure to own is my Pegoretti Love #3. I’ve ridden casual century rides and countless easy miles of spinning. I’ve raced it all over the country in numerous NRC races at the highest level of the sport. I’ve raced hill climbs and stage races, criteriums and dirt road “roubaix” style courses, all on the Love #3. I’ve raced it in Pro/1 fields of 200+ riders, where tight handling is imperative. Average speeds for a hundred-mile stage can top 30mph, and in a descent the pack betters 60mph; surely these are good tests of sound handling at high speed. Maybe you can change the name of this “Bike Test” column to something like “Personal Frustrations.” I don’t know. Just a thought. I always understood tests to be based on objective standards.

I only took the time to write this letter because I am so awed by the performance of my Love #3, which always handles like a dream, accelerates intuitively, and cruises as fast or as slow as my legs can push it. 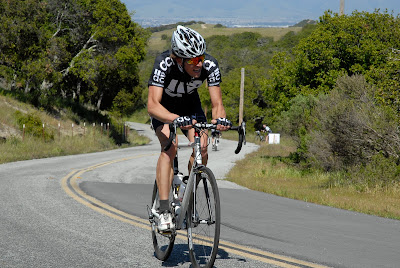 Ian Tuttle closing the gap on Levi and Co. at last years Sea Otter, on his Pegoretti Love #3... 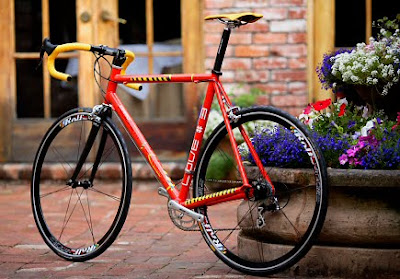 Same model as that in the test. Do we have any opinions on which one looks like a more appropriate fit? 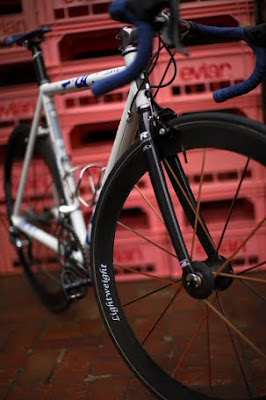 My personal Love #3, I agree w/ Ian on all accounts, one of the best bicycles I have ever owned. 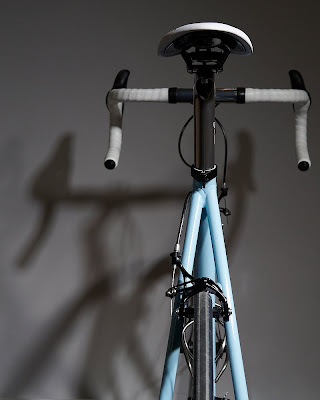 And here is a thread you can read on the matter if you are so inclined: http://www.velocipedesalon.com/forum/f2/bicycle-quarterly-reviews-love-3-a-15832.html

In parting, we don't care if anyone has issues, or dislikes about bikes we like, or sell, but if you are going to print these issues, do it right. This almost seems like a joke, as if he's about to say, "gosh guys, I was only kidding, jeez!" He still has time I guess...